At the beginning of 2019 we announced the launch of Creative Italy, our new platform that helps to preserve ancient traditions and to support artisans by providing curious travellers with authentic craft courses and experiences. The project, created in collaboration with our partners Italian Special Occasions DMC, aims at bridging the gap between the “artigiani” and those who want to learn about their trade as a hobby or for their own profession.

Although it is less than one year old, we are very happy with the positive feedback and requests not only from tourists, but also by artisans. While most people assume that artisans are older people, Creative Italy has discovered many young people who have decided to abandon their frenetic jobs in favour of learning a new profession where they get to use their hands, brain and creativity. Some of these stories are shared on Creative Italy’s blog, for example in the article “Who are the Artisans?” and in the interviews with a dressmaker in Florence and winemakers in Maremma Tuscany. 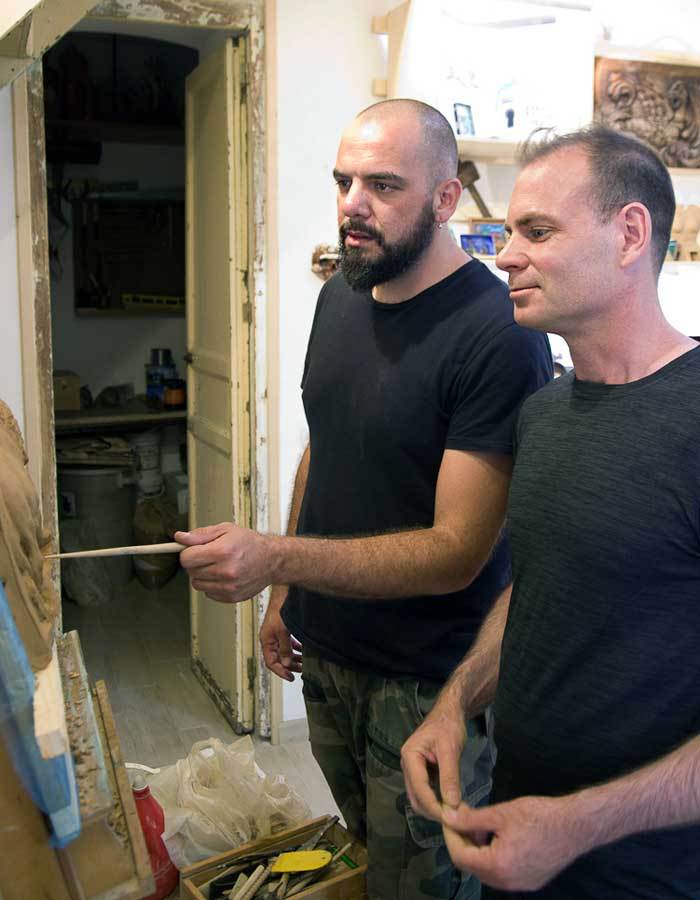 What about tourists? More and more travellers are interested in doing craft activities during their Italian holidays for different reasons, for example to enrich their experience and knowledge about the local destination, to enjoy their hobby away from home, or to improve their skills if they are artisans themselves. Or a bit of everything! This was the case of Henrik from Sweden, who was traveling in Sicily during summer 2019 and decided not to spend all his time at the beach. Instead, he thought that he would learn more about the island’s heritage and his hobby (ceramics) with some authentic activities. His online search led him to the website of Creative Italy, whose team worked on a personalised proposal based on his itinerary and length of stay. 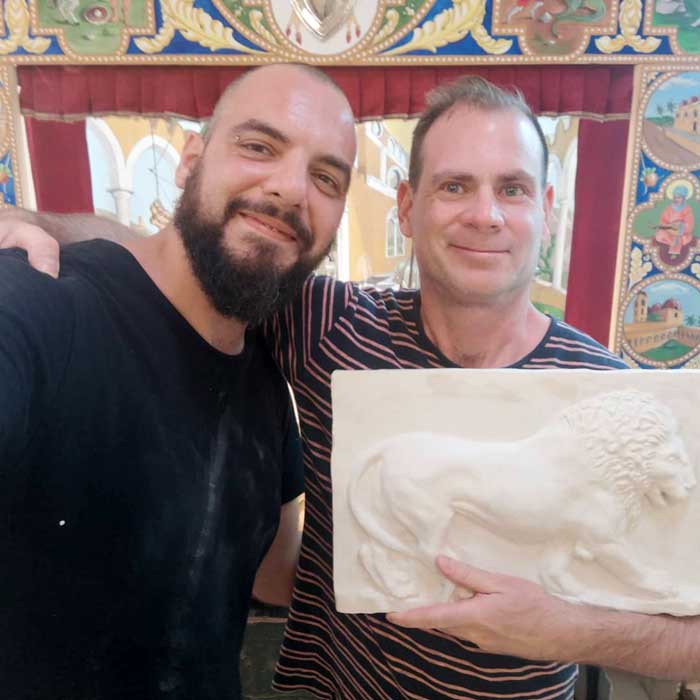 Henrik chose to sign up for a sculpture course in Palermo, a ceramics workshop in Caltagirone, and a Cooking Class in Milazzo. He is a car designer and used to work with 3D forms every day, but not with animals: maestro Francesco put him to the test with a fun and interesting task, which consisted in replicating an ancient lion sculpture. Henrik shares that: “Working on an easel is a bit like doing a 3D painting, which was new to me. Now I think I can do sculptures from photographs since this method means you can see shadows and highlights in a very good way”. So, this turned out to be useful exercise not only for his leisure time but maybe even for his career! 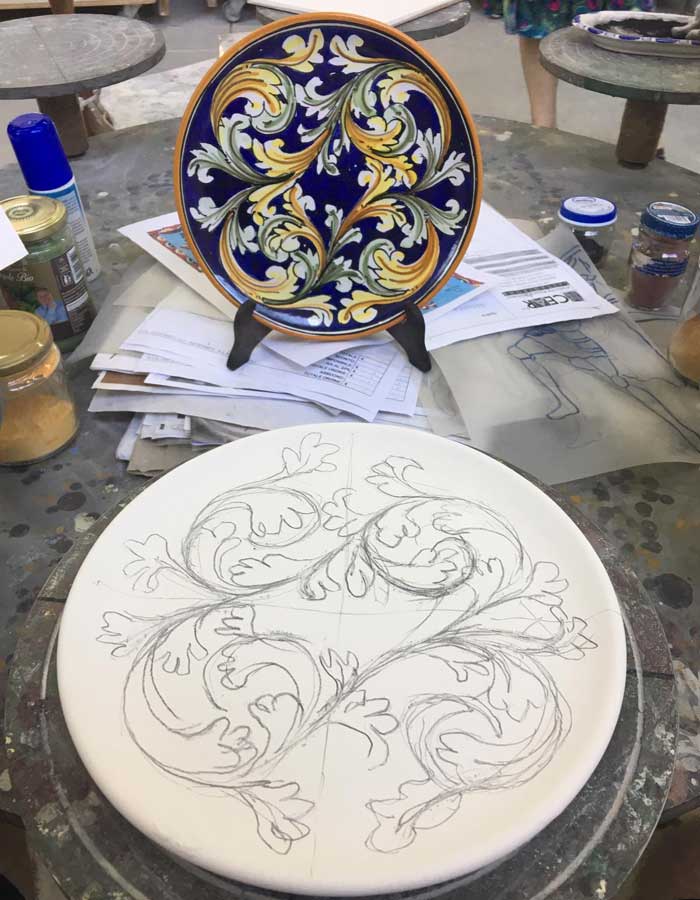 Another detail that made the experience special for Henrik, was the fact that he attended the pottery course in a family-owned, traditional ceramics company in the middle of nowhere, although near the beautiful town of Caltagirone: “I am perhaps a bit different in that I am not so interested in places where all the tourists go. It makes you feel more part of the society rather than a tourist. (…) Here you almost become part of the family and they invited me to their daughter’s birthday party, which was a nice gesture”. 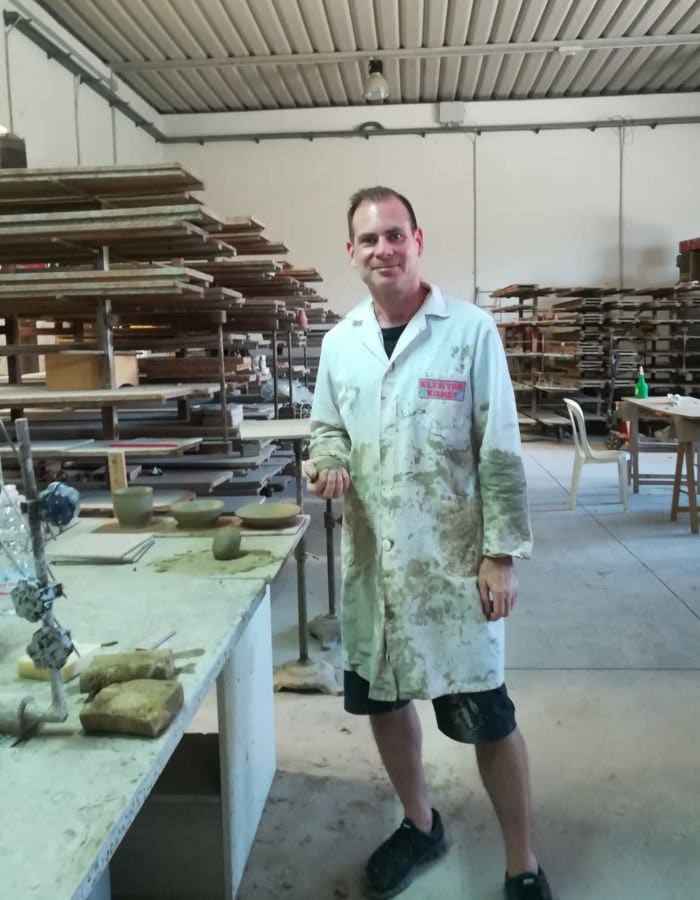 When in Milazzo, Henrik appreciated the simplicity and richness of home cooking with fresh ingredients from the vegetable garden. He prepared several Sicilian-style dishes with the host and chef, Giuliana. Her Bed & Breakfast is surrounded by a luscious garden, where Henrik would enjoy his meals with some chilled wine. In addition to the cooking lessons, he joined an excursion to Stromboli where he saw the volcano erupt!

You can read Henrik’s full testimonial in this article: “Activity Holidays in Sicily: Henrik’s Craft Experience”. Visit the website of Creative Italy for more ideas and experiences.