Language Holiday in Sardinia: 5 Reasons to study in Cagliari

Are you looking for a great destination for a language holiday? What about learning Italian on a wonderful island full of ancient history, mystery, wild nature and delicious food? If this all sounds good, then Sardinia is perfect for you. In particular, its capital offers a unique setting that every student should experience. Let’s discover 5 reasons why to study in Cagliari.

The fortified city of Cagliari is located in the middle of a wide bay on the southern coast of Sardinia.

This gulf is called “Golfo degli Angeli” and one of its most distinctive features, which is also a symbol of Cagliari’s skyline, is the promontory known as “Sella del Diavolo” – or devil’s saddle. The names originate from a local legend, according to which the devils were fascinated by the beauty of the Gulf of Cagliari and tried to invade it. But God sent some of his angels to get rid of Lucifer and his followers. The battle was fought in the skies over the gulf and there are two theories about what happened. One is that Lucifer, while escaping, fell from his horse and lost his seat which dropped in the sea and turned to stone, creating the promontory. According to the other theory, the demon fell on the promontory and shaped its form as we see it today.

Built over seven hills, Cagliari is one of the greenest cities in Italy thanks to its many, large city parks. It also offers some beautiful beaches, such as Poetto (which is 8 km long) and Calamosca.

Cagliari is easy to reach from abroad thanks to its Elmas – Mario Mameli International Airport. Its port is connected with mainland Italy via daily ferry trips and also welcomes ships cruising the Mediterranean. 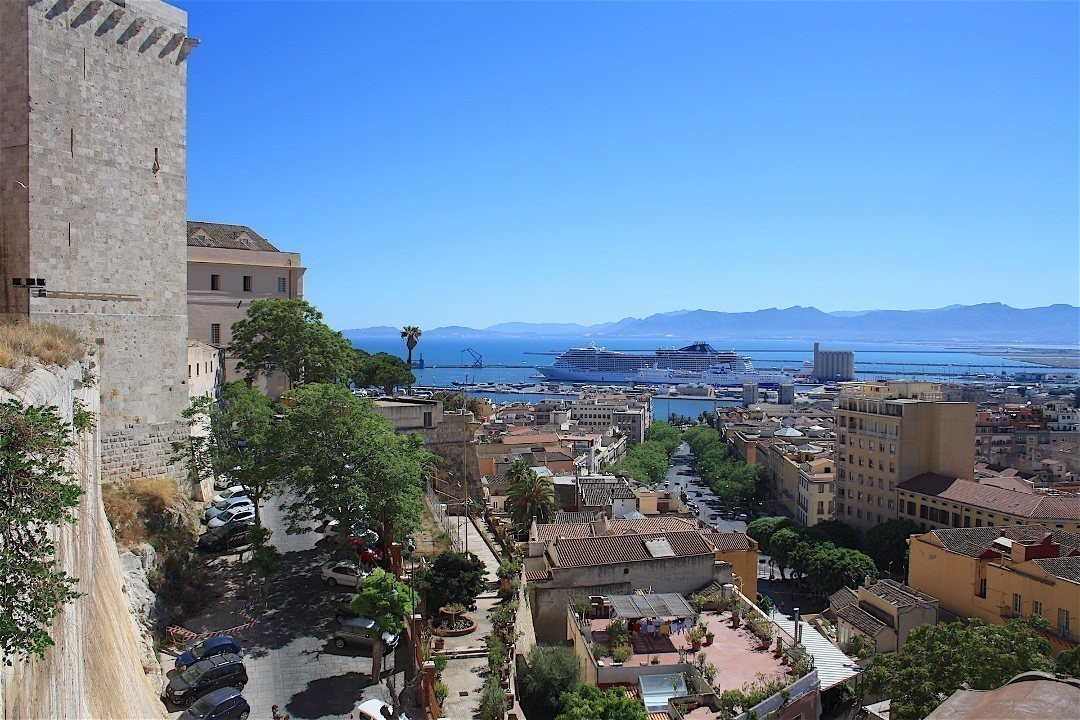 Thanks to its history, Cagliari is a melting pot of traditions, architectural styles and habits; it is at the same time a historical cultural city and a leading centre of the Sardinian economy.

Cagliari was founded in the Neolithic age (6000-3000 B.C.), and became a bustling commercial port with the Phoenician-Punic dominators. Throughout the centuries, the city was ruled by the Romans, the Pisans, the Aragonese, the Austrian Habsburgs and even had a form of self-government back in the IX-X centuries with the so-called Giudicato di Cagliari. In 1718, Cagliari came under the House of Savoy, who started an era of urban development and renewal, changing the city from a “fortified stronghold” to a modern one.

Apart from the beautiful ruins of Carthaginian, Roman, Byzantine and following eras, Sardinia is home to amazing prehistoric sites. Examples include the “Domus de Janas” (House of the Fairies), which are pre-Nuragic chamber tombs; the “Tombe dei Giganti” (Tombs of Giants), which are enormous gallery graves built during the Bronze Age by the Nuragic civilization; and the unique, imposing Nuraghe, the biggest megalithic sights in Europe whose purpose is still shrouded in mystery.

Following up on the previous point, some beautiful historical sites in and around Cagliari include the Nuraghe Arrubiu, the Necropolis of Tuvixeddu, the Roman Amphitheatre, Tigellio’s Villa and the Archaeological Area of St. Eulalia.

You will find lots to see and to do in Cagliari’s beautiful, well-preserved old town. Visit Bastione San Remy for some great views over the city and the sea; stroll around the Marina district for many shopping opportunities; learn about the history and relicts of Sardinia in the National Archeological Museum. If you like football, head over to Sardegna Arena and cheer for the local football club, Cagliari Calcio, who plays in Italy’s main league. And don’t forget to visit the beautiful Cathedral of Santa Maria di Castello from the 13th century.

In addition to the beaches, nature lovers can wander in the Regional Park of Molentargius – Saline, which includes two freshwater ponds and a saltwater pond that create a lively and wild landscape.

Cagliari has a Mediterranean climate with warm, dry summers and very mild winter. You can enjoy a variety of seaside activities all year round. 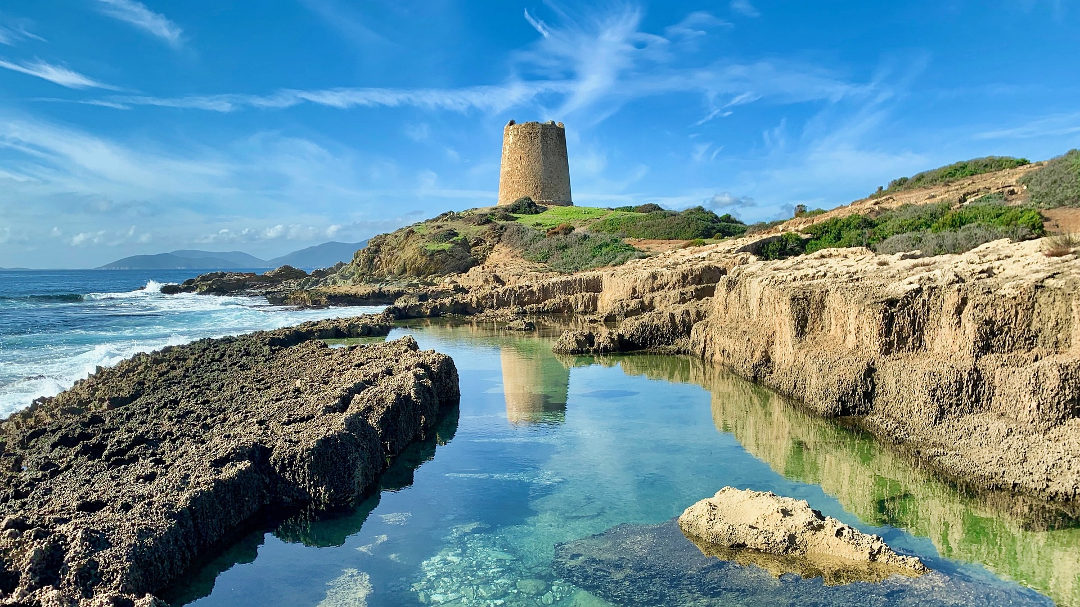 Cagliari offers the full range of Sardinia’s food culture, from the island’s farming and pastoral tradition all the way to seafood cuisine.
Some of the delicacies not to miss are fregola with clams (small spheres of semolina rolled by hand, cooked with juicy clams and sprinkled with bottarga); spaghetti with sea urchin roe; scabecciu fish (semolina-coated fried fish dressed with a sauce of garlic, tomato and vinegar); and porceddu (suckling pig spit-roasted over a bed of glowing embers).

And don’t forget the wines, from the famous Cannonau and Vermentino to the lesser known but equally delicious Girò, Nasco and Monica.

If you want to shop for some fresh, genuine products and find culinary gifts to take home, visit Cagliari’s civic markets of San Benedetto, Santa Chiara, Via Quirra, Sant’Elia and Is Bingias.

Cagliari has a fantastic Italian school that applies the Montessori method, which is based on the concept that we never stop learning – no matter the age – according to our own times and ways.

The Italian language program is adaptable to all students based on their needs and levels of study and training. The classes are small or medium sized and the atmosphere is very friendly! But the Italian language lessons also take place outside, around Cagliari: the school offers extracurricular activities such as a tour of the city and cooking classes.

Are you curious to know about when the courses take place, the costs and the accommodation options?

Special Offer: Sign up in March 2020 to get 10% off the Italian Course that you can attend in any month of 2020 in Cagliari.