Did you know that, during the Renaissance, many dancing masters collected their knowledge of court dances in manuscripts? Thanks to these precious items, today we can travel back in time and learn everything about these historic dances through special courses in Florence! But why is Italy the best place where to attend a Renaissance Dance Course? Because the earliest surviving manuscripts that provide detailed dance instructions are from 15th-century Italy, while the earliest printed manuals are also from Italy (and France) dating to the late 16th century. 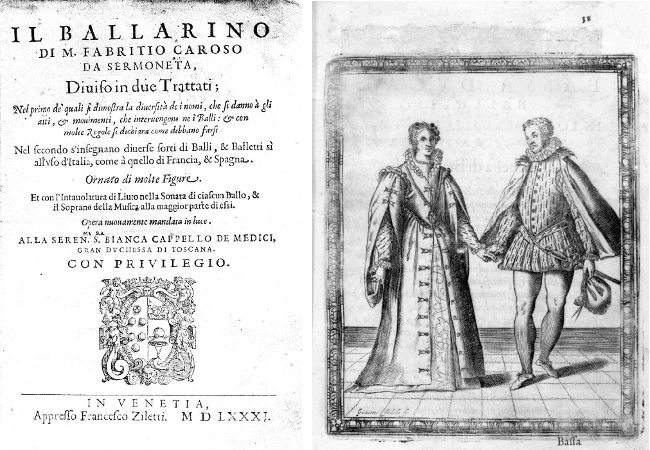 More specifically, the three Italian dance masters who wrote down their knowledge in the 15th century were Domenico da Piacenza, Antonio Cornazzano and Guglielmo Ebreo da Pesaro. Their manuscripts describe the basse danze and balletti through choreographies and steps. Some of the most important dance manuals published a century later were “Il Ballarino” and “Nobiltà de Dame” by master Fabritio Caroso, and “Nuvone inventioni di balli” by Cesare Negri. They go into detail in explaining ballroom etiquette and a series of jumps and turns.

Would you like to travel back in time to Italy in the 16th century and get to know the wonderful world of Renaissance dance? We are VERY happy to announce that we have a new course in ‘Danza Rinascimentale’ in Florence! Learn more on our new website (link in bio) #studyabroad #italy #florence #renaissance #renaissancedance #danzarinascimentale

The Renaissance Dance Course in Florence is taught by Marco Bendoni, an expert in Historical Dances who has collaborated with the most prestigious Italian, French and Dutch dance groups and artists. The program includes a historical introduction to the dances of the Renaissance, the study of choreographies such as the bassa danza, gallarda and pavana; and improvisation exercises. You can sign up for an intensive 16-house course or for a complete 35-hour course including guided tours. Learn more about the Course in Renaissance Dance here.

If you love the era of the Rinascimento for its theatre or if you simply are into historical fashion, then you will be delighted to know that Studiainitalia also offers a Course in Theatre Costumes in Florence! In particular, the course revolves around the Commedia dell’Arte, which was an early form of professional theatre that originated in Italy and that became a milestone in the history of international theatre. The shows were based on improvisation by stock characters that were usually masked, integrating text, pantomime, music and singing. 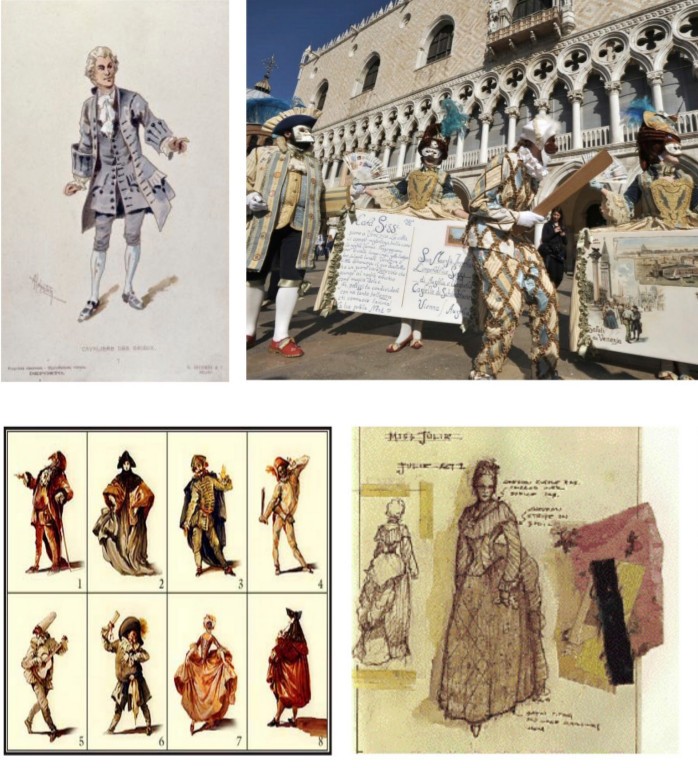 The Italian Theatre Costumes Design Course is taught by Massimo Poli, who is one of the leading artists in the world of the production of theatrical costumes. After years in the historic Sartoria Teatrale Fiorentina, he is now the costume designer of the large opera productions by Fondazione della Opera di Pisa. The programme includes an introduction to Commedia dell’Arte and its characters and costumes; learning how to measure, cut and sew dresses; how to prepare accessories and work with linear machines. The 50-hour course is taught over 2 weeks and includes various cultural activities such as guided tours and visits to museums. Learn more about the Theatre Costumes Course here.

Career in Jewellery Design? 3 Reasons to study in Italy