Italian is not the most difficult language to learn, but foreigners make many common mistakes when studying it. Of course, these errors depend significantly on your mother tongue, just like the perceived difficulty of learning Italian.

Italian is from the family of Romance languages, including Spanish, Portuguese and French, all derived from Vulgar Latin. You will have less difficulty learning Italian if you speak any of these languages, thanks to a lot of shared vocabulary and similar grammatical structures. BUT, some similarities can also lead to confusion!

Let’s discover the most common mistakes that are easy to make during an Italian learning experience.

1. GENDER
Italian uses grammatical gender: all nouns are either masculine or feminine. Generally, it’s not hard to identify the gender of a word because most nouns end with a vowel, and some rules apply to most instances. For example, a term that ends in -a in the singular form is usually feminine, while a word ending in -o is typically masculine. However, there are exceptions! Some feminine nouns can end in -o, such as “la mano” (the hand), while some masculine words end in -a, such as “il problema” (the problem). These irregular nouns tend to confuse students who learn Italian. One of the most common mistakes is saying “la problema”!

2. NUMBERS
Italian numbers are generally easy to remember because they follow a simple and predictable pattern. Once you know the numbers from 1 to 10, counting to 100 is not difficult at all. But, of course, there are some irregularities here and there, and you will have to remember them by heart! Typical mistakes include saying “diciassei” instead of “sedici” (16) or “ventiuno” instead of “ventuno” (21).

3. VERBS
Italian verbs have three conjugation patterns depending on their ending in -are, -ere, and -ire. But – as you have already guessed – there are irregular verbs that do not follow the patterns! Also, the verb conjugation can change according to the tense, number, and even gender. Learning this aspect is not necessarily complicated but can be time-consuming. One common mistake, especially for English speakers, is saying “io piace il gelato” (I like ice cream) instead of “a me piace il gelato”. Spanish speakers often use the wrong auxiliary verb in the perfect past tense. You should not say “io ho andato” but “io sono andato” (I went).

4. FAVORITO VS PREFERITO
While both the words favorito and preferito exist and mean similar things, they have precise uses in Italian. If you want to say your favorite book, the correct sentence is “il mio libro preferito è…”. Instead, one common mistake that foreigners make when learning Italian is that they translate the English word “favorite” and say “il mio libro favorito è…” which sounds very odd to Italians! The term “favorito” indicates the expected or predictable winner in a competition. For example: “Il Brasile è la squadra favorita a vincere i Mondiali” (Brazil is the favored team to win the World Cup). 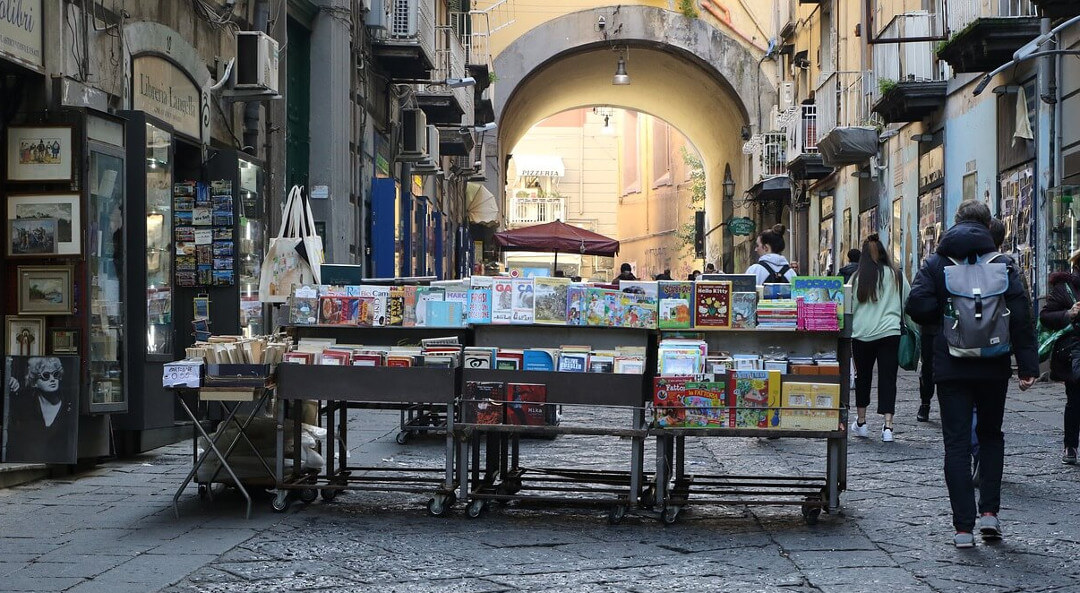 5. THE ENDING OF SOME WORDS
If you are an English speaker, you probably have read or said the word “paninis”. This is wrong! The correct plural is “panini”, while if you only want one sandwich, you should say “panino”.
Another common mistake is not pronouncing the letter “e” at the end of grazie (thank you).
French speakers tend to have a problem finishing to pronounce the end of the words in general.

6. DOUBLE CONSONANTS
Portuguese and French speakers have difficulty pronouncing double consonants and remembering how to spell them in words. In Italian, double consonants are pronounced much more forcefully than single consonants and give words a completely different meaning. For example, “nono” means ninth while “nonno” means grandfather; or “capello” means hair while “cappello” means hat. Italians will smile or look at you funny if you ask to borrow a “pena” (pain) instead of a “penna” (pen)!

7. THINKING YOU KNOW ITALIAN
A common mistake that the speakers of other Romance languages make is to think that they know how to speak Italian simply because their language is similar. Putting an -i or an -o at the end of every word is not enough 😊! But having said this, the important thing during your Italian learning journey is to get out there and speak, make mistakes, learn from them, and try again. Making mistakes is arguably the best way to learn any language!

Real-world practice makes all the difference: study Italian in Italy!

There is no better way to learn Italian than to travel to Italy and interact with the locals authentically. Studiainitalia offers Italian language, art and craft courses in many cities around Italy. You can combine your study trip with fun activities such as cooking lessons and cultural tours to make the most out of the Italian experience!

Do you want to know more about our courses in Italy?

Contact us: we will be delighted to assist you by chat, telephone or email. You can also request a virtual meeting to meet us online.

We use cookies on our website to give you the most relevant experience by remembering your preferences and repeat visits. By clicking “Accept All”, you consent to the use of ALL the cookies. However, you may visit "Cookie Settings" to provide a controlled consent.
Cookie SettingsAccept All
Manage consent

This website uses cookies to improve your experience while you navigate through the website. Out of these, the cookies that are categorized as necessary are stored on your browser as they are essential for the working of basic functionalities of the website. We also use third-party cookies that help us analyze and understand how you use this website. These cookies will be stored in your browser only with your consent. You also have the option to opt-out of these cookies. But opting out of some of these cookies may affect your browsing experience.
Necessary Always Enabled
Necessary cookies are absolutely essential for the website to function properly. These cookies ensure basic functionalities and security features of the website, anonymously.
Functional
Functional cookies help to perform certain functionalities like sharing the content of the website on social media platforms, collect feedbacks, and other third-party features.
Performance
Performance cookies are used to understand and analyze the key performance indexes of the website which helps in delivering a better user experience for the visitors.
Analytics
Analytical cookies are used to understand how visitors interact with the website. These cookies help provide information on metrics the number of visitors, bounce rate, traffic source, etc.
Advertisement
Advertisement cookies are used to provide visitors with relevant ads and marketing campaigns. These cookies track visitors across websites and collect information to provide customized ads.
Others
Other uncategorized cookies are those that are being analyzed and have not been classified into a category as yet.
SAVE & ACCEPT