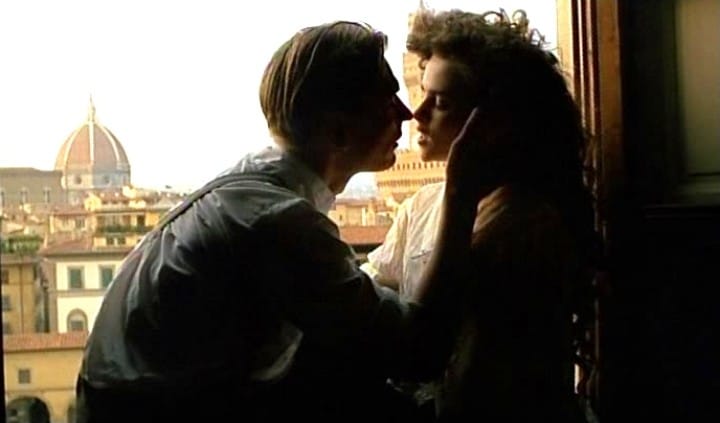 Ron Howard’s latest movie, Inferno, has just premiered around the world, days after a one-of-a-kind trailer projection on a “water screen” over the Arno River in Florence, where parts of the movie were filmed.

What other movies were filmed in Florence? Here are some of the most famous flicks that feature this historic Tuscan city, starting from the most recent all the way to old-school films.

The movie stars Tom Hanks as the main protagonist and is based on Dan Brown’s novel. Some scenes were filmed in Florence back in May 2015.

In a Nutshell: When Robert Langdon wakes up in an Italian hospital with amnesia, he teams up with Dr. Sienna Brooks, and together they must race across Europe against the clock to foil a deadly global plot.

Starring Anthony Hopkins and directed by Ridley Scott, this movie was the sequel of The Silence of the Lambs.

In a Nutshell: Living in exile, Hannibal Lecter tries to reconnect with now disgraced FBI agent Clarice Starling and finds himself a target for revenge from a powerful victim.

This movie was directed by Franco Zeffirelli. It is set in Florence and surroundings before and during World War II.

In a Nutshell: Semi-autobiographical tale from the early life of director Franco Zeffirelli. An illegitimate child is raised by a circle of British and American women.

This romantic movie, directed by James Ivory, was inspired by a 1908 novel by English Writer E. M. Forster.

Locations include: Piazza Santissima Annunziata, Church of Santa Croce, Piazza della Signoria. The protagonists find accommodation in a place called “Pensione Bertolini”, which at the time was actually a guesthouse called Quisisana e Pontevecchio. It closed in the 1990s.

In a Nutshell: Lucy Honeychurch and her chaperon, Charlotte Bartlett, arrive in Florence. They are troubled by the fact that they don’t have rooms with a view..

A 6-hour-long epic filmed in various regions of Italy, including Florence. Directed by Marco Tullio Giordana.

In a Nutshell: The story of two brothers with, in the background, the socio-political turmoil and challenges witnessed by Italy from the late 1960s into the early 2000s.

A comedy film written, directed and starred by Massimo Troisi.

In a Nutshell: A young Neapolitan decides to leave home and heads to Florence, overcoming all sorts of obstacles on the way.

In a Nutshell: A wealthy New Orleans businessman becomes obsessed with a young woman who resembles his wife.

This Italian comedy-drama film was directed by Mario Monicelli. It made it to number one on the Italian box-office in front of Steven Spielberg’s Jaws.

In a Nutshell: The movie tells the story of four middle-aged friends in Florence who organize together idle pranks (called zingarate, “gypsy shenanigans”) in a continuous attempt to prolong childhood during their adult life.

Roberto Rossellini’s movie about WWII is split in six episodes, the fourth of which is set in Florence. At the time, the city was split in two, with the South freed by the Allies and the North occupied by the Nazis and Fascists.

In a Nutshell: Six vignettes follow the Allied invasion from July 1943 to winter 1944, from Sicily north to Venice.

By continuing to use the site, you agree to the use of cookies. more information