Traditional Christmas Dishes in Italy, from North to South

As you probably know, Italy’s typical dishes and recipes are very different throughout the peninsula, and this is especially true during the Holiday Season. The traditions also vary in terms of when the most important meal takes place. For example, the regions in central and southern Italy are all about the Cena della Vigilia (dinner on Christmas Eve), while the north focuses mainly on the Pranzo di Natale (Christmas lunch). But some rules apply to most places, such as the tradition of eating a fish-based or meat-free dinner on Christmas Eve, and enjoying dried fruit and famous desserts like Panettone throughout the Holiday Season.

The Christmas Table in Northern Italy

There’s no Christmas in Piedmont without some agnolotti pasta and the gran bollito misto stew, matched with colourful sauces such as the bagnet ross e verd.

In Liguria you will find vegetarian or meat ravioli and the cappon magro, made with fish and vegetables.

Surprisingly, one of the traditional dishes in Lombardy is anguilla cotta al cartoccio, or baked eel.

In Veneto, locals prefer polenta with salted codfish and boiled meat with a horseradish sauce.

Bordering with Austria and Slovenia, the region of Friuli Venezia Giulia features a soup made with turnip and cotechino, called brovada e muset, followed by tripe sauce, cheese and capon. 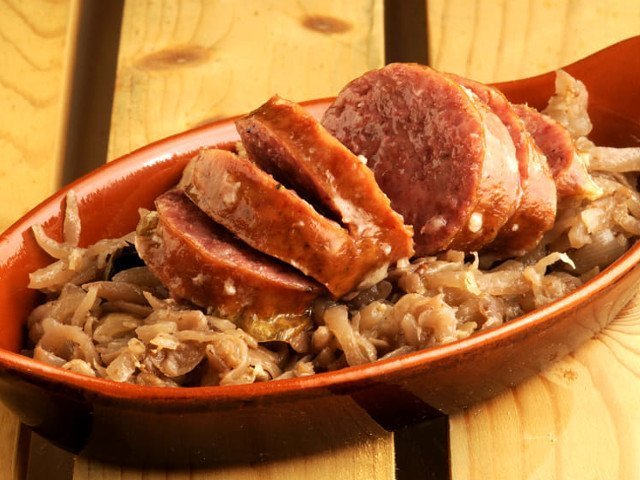 “A Tavola” in Central Italy

In Emilia Romagna there are cities like Bologna where Christmas is celebrated with many meat-based dishes, such as tortellini and passatelli in broth, tagliatelle and lasagne, prosciutto ham and culatello, but also pumpkin tortelli with herbs. And there are towns like Modena where fish is preferred, especially spaghetti with tuna, mackerel, anchovies and tomatoes; and fried or stewed salted codfish.

This same fish is the protagonist in the region of Lazio, where there is an abundance of fried mixed vegetables and capitone eel. In Rome, on Christmas Eve locals eat fish soup or pasta with broccoli and arzilla (ray fish) broth; while on the 25th of December they enjoy the typical abbacchio (roast lamb) with potatoes, and cappelletti in broth. 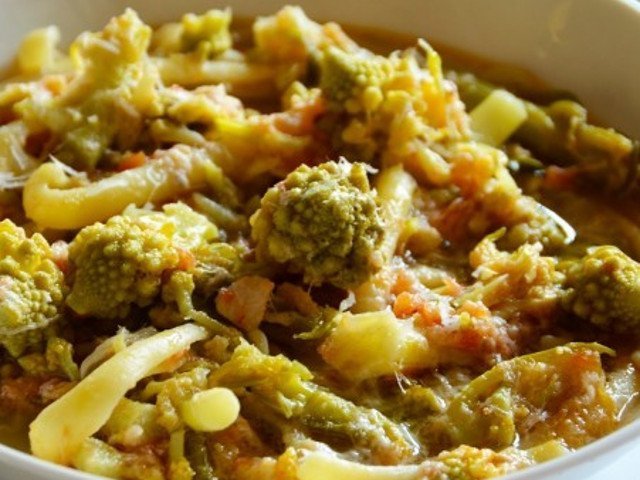 Get ready for big dining feasts in Campania, where you have the chance to taste capon broth, spaghetti with clams, friselle bread, salad-stuffed capon, and then end with desserts like struffoli and roccocò. On Christmas Eve, many eat the capitone (female eel) which, due to its similarity to the snake, symbolises the victory of humans over Satan.

Calabria boasts cured meats like capicollo bacon, soppressata and sausages, but also spaghetti with breadcrumbs and anchovies, and goat or stockfish served with sautéed broccoli

In Sardinia you can taste the culurgiones de casu, which are ravioli filled with tomato sauce, and the malloreddus, or small semolina gnocchi with sausage sauce.

And Sicily’s Christmas cuisine is characterized by orange salad, herring and onions, chicken broth, and sarde a beccafico (sardines stuffed with raisins, pine nuts and breadcrumbs). And don’t miss the traditional sfincione from Bagheria, a pizza with cheese, onions and breadcrumbs. 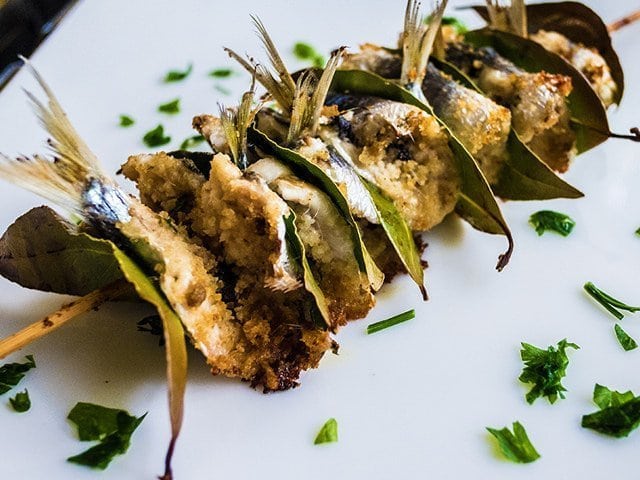 Sarde a beccafico (photo by ioamolasicilia.com)

The Team at Studiainitalia wishes a Happy Holiday Season to all its Students & Friends! Buon Natale e Felice Anno Nuovo!